Flying from Medellin to Bogota where I had a layover on my way to Santa Marta- the flight is gorgeous and worth the kink in the neck!

Here are a few snaps from my time spent wandering these incredible and massive Colombian cities. I’ve been sick my whole time in South America so I haven’t been able to see or do near as much as I had hoped, but what I have seen has been pretty incredible.  Enjoy! 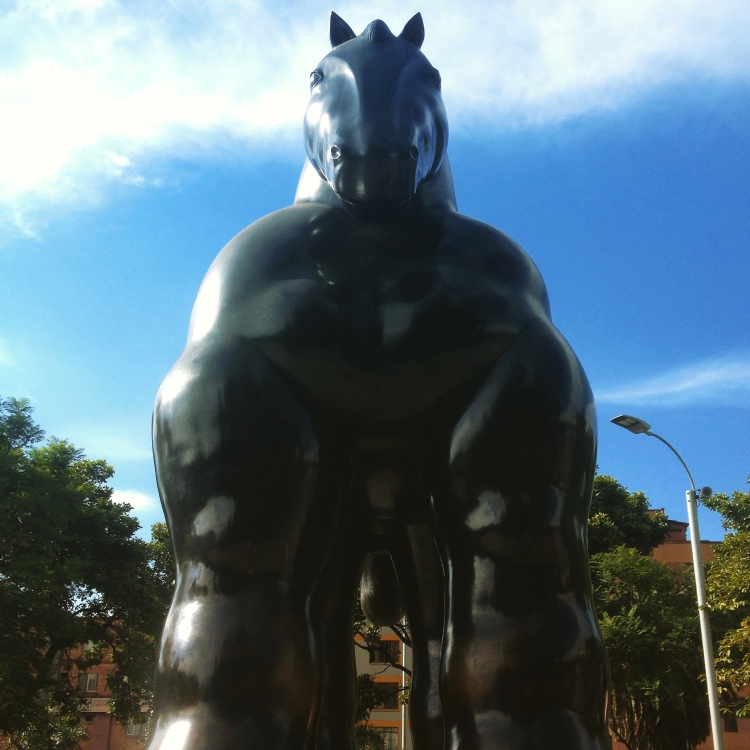 One of the many bronzed Botero Statues that Fernando Botero donated to his home town Medellin, located in Botero Plaza downtown.

These large pillars were an art installation in downtown Medellin in an area that was previously extremely dangerous. The pillars are a monument to those killed in the area, which is now a beautiful and safe public space. Talk about great City Planning! 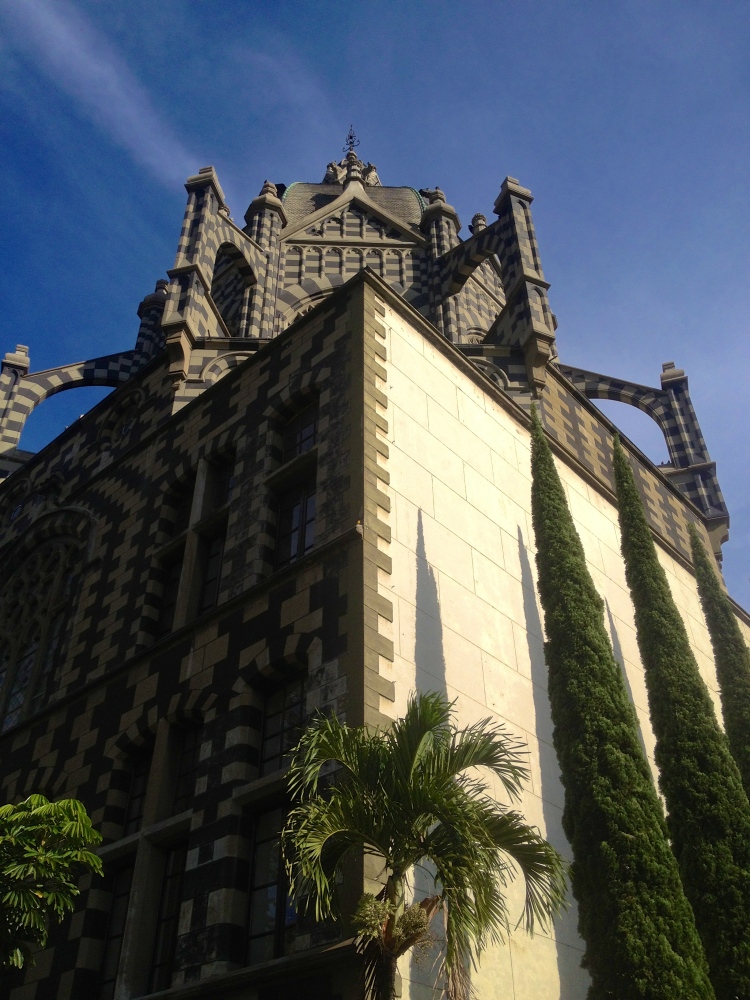 Take a ride on the public metro system and you can ride up the cable car gondola to the top of Medellin and see the whole city in the valley below. The views are spectacular. Medellin has a remarkable public transit system! 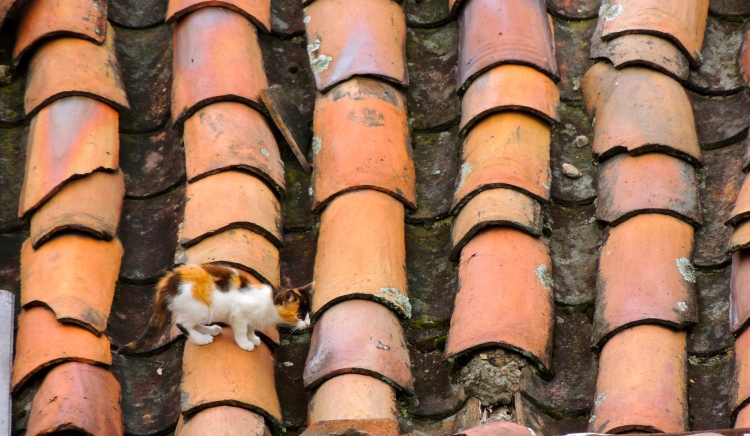 A kitten from a new litter tentatively explores the red clay roof tiles in Bogota.

Some of the masterful graffiti in La Candelaria zone in Bogota. After one artist was killed by a police office in 2011 while spray painting under a bridge, there was public outrage over his death. Thus, to smooth things over, the mayor gave artists more liberty to produce their art in the streets of Bogota proclaiming that it was indeed a form of art. I couldn’t agree more!

The beautiful Plaza de Bolivar is smack dab in the center of La Candelaria in old town Bogota. People flock here to feed pigeons, ride llamas and hawk their wares.

The National Capitol building for Colombia’s Congress stands proud behind a wall of pillars.

A pigeon takes flight above the Catedral de Bogota.

More of the ever present graffiti art in the streets. Beautiful!

A stunning sunset mountain view from the window of our hostel overlooking all of La Candelaria. 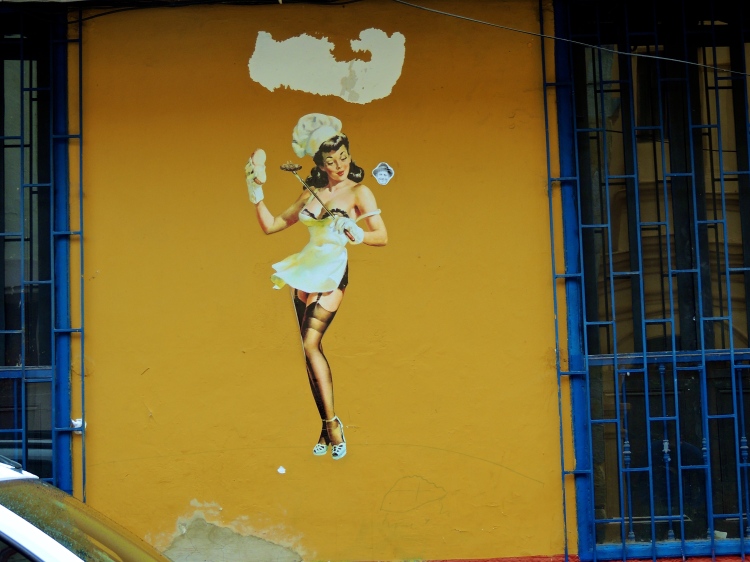 A local man in traditional dress stands outside the thick wooden doors of the Catedral de Bogota in the plaza.

A pigeon roosts on the head of the Cathedral statue. Remnants of paintball explosions cover his robes. 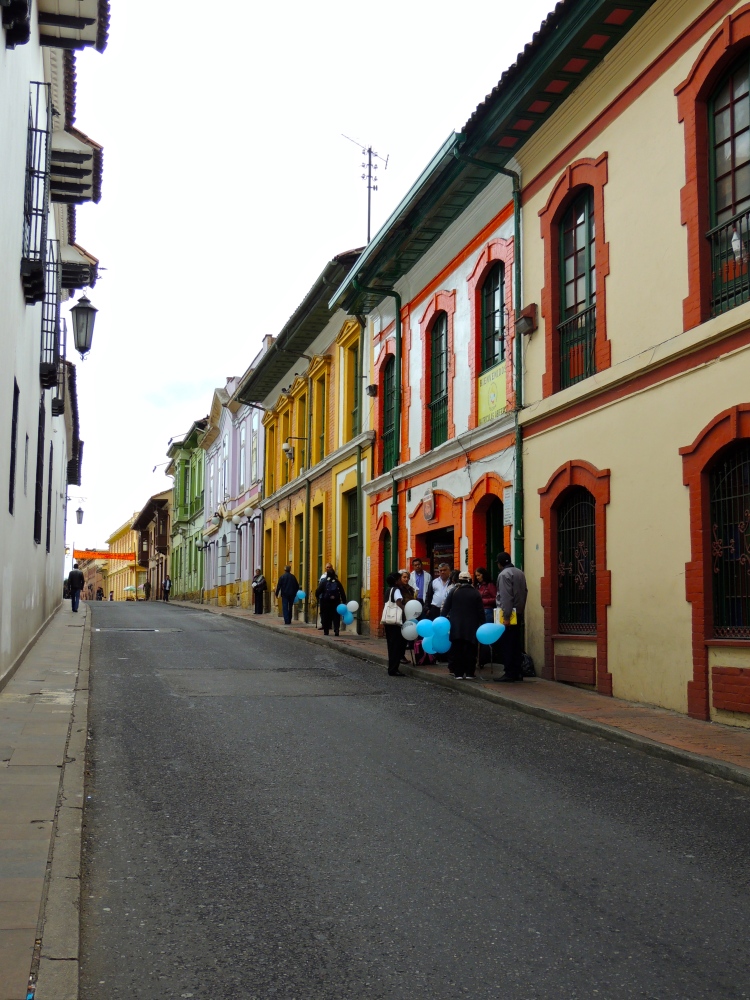 Feeling a little apprehensive on her pony ride! 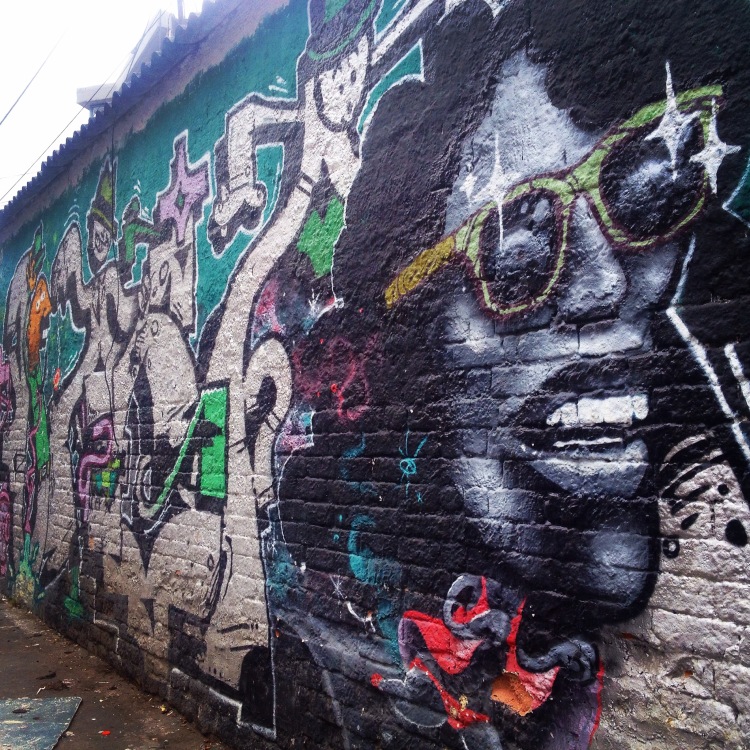 Another of my favourite pieces of art on the walls of Bogota. 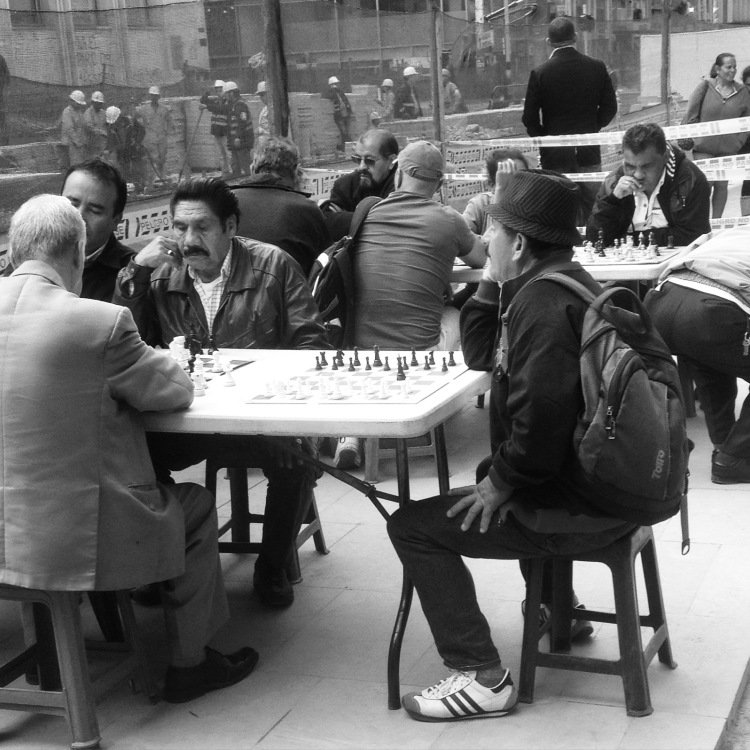 Old men are absorbed in games of street chess on the streets in Bogota.

A woman blends in to the street art as she passes by in Bogota.

One thought on “Medellin And Bogota Photo Essay”